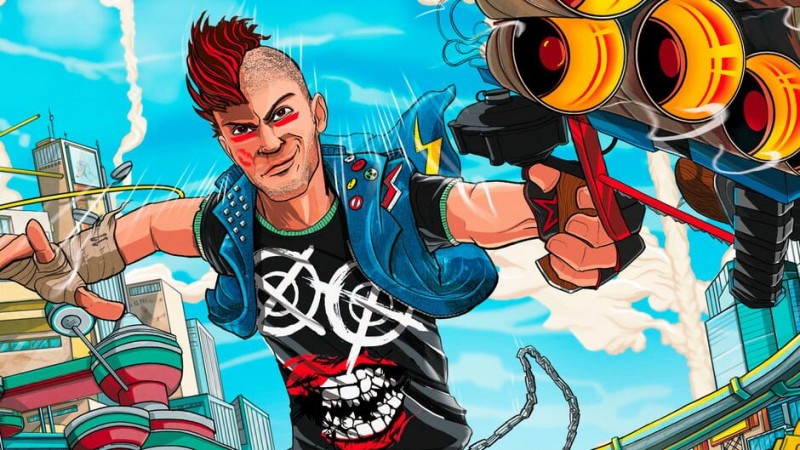 When Insomniac Games first unleashed the chaotic parody that is Sunset Overdrive, it was an Xbox One exclusive. This vibrantly colored, energy drink-fuelled open-world experience deserved a lot more love than it got, but not it looks like it could finally be making its way over onto PlayStation platforms due to a recent trademark seemingly filed by Sony. Which makes sense, given that the PlayStation company owns the studio that created this game to begin in.

The trademark filing for Sunset Overdrive was spotted by @Nibel and looks to be registered with a status update of 26/04/21 (04/26/21, for those in America). The trademark is for the single phrase 'Sunset Overdrive', which some are connecting with an earlier leak that seemed to point to a remastered edition coming to PlayStation consoles.

It appears that Sony has registered a trademark for Sunset Overdrivehttps://t.co/sUlKPPxfwT

(Insomniac owns the IP but the original game has been on XBO/Windows only so far) pic.twitter.com/CoPI4cAAwQ

While I would love to see a continuation of this highly overlooked RPG with its comedic punk flair and really fun character customization, it is important to remember one thing. As we say in all of our coverage that talks about trademarks filed: it doesn't necessarily mean a new game is coming. Trademarks are filed for a plethora of reasons: protection against third-party use, merchandising purposes, updates, and - well, yes - new games.

Paired with the earlier leak that seems to suggest some form of "revamped" Sunset Overdrive experience could be coming to PlayStation 4 and PlayStation 5, Sony, at this time, has yet to confirm that anything is on the way. That being said, the Summer months are rife with new game announcements. While Sony won't be a part of E3 this year, that doesn't mean it's got nothing to show during that allotted time period.


Thoughts on Sunset Overdrive and its reception? Would you like to see this energy drink-chugging adventure make its way into this new generation of gaming? Sound off with your thoughts in the comment section below!